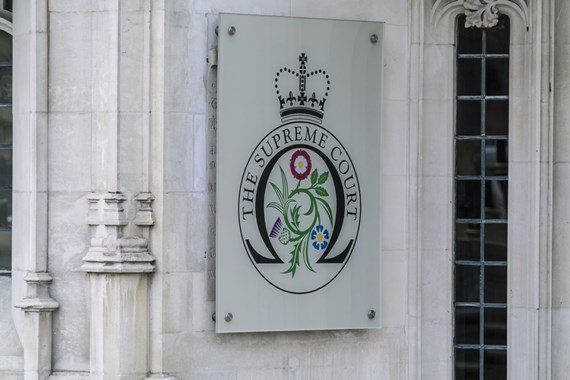 It is hard to shake the sense that we are living through a time of momentous events. For the insurance world, and for tens of thousands of businesses who have suffered financial losses as a result of the coronavirus pandemic, Friday 15 January 2021 marked another very significant occasion, as the Supreme Court handed down its judgment in the Financial Conduct Authority’s (FCA) business interruption insurance (BI) test case. The FCA has described the case as “probably the most important insurance decision of the last decade”.

The result of the appeal was a significant victory for policyholders, with the Supreme Court allowing the FCA’s appeal and rejecting substantively all of the insurers’ appeals. The case provides authoritative guidance on whether certain insurance policies cover losses resulting from the coronavirus pandemic. The practical effect of the judgment is that all the insuring clauses that were in issue in the appeal will provide cover for business interruption caused by the pandemic. Furthermore, the scope for insurers to reduce the sums payable to policyholders on the basis of so-called “trends clauses” has been greatly limited. The judgment also made hugely significant findings on causation in insurance claims and overruled the landmark Orient-Express judgment.

We will provide more detailed analysis on aspects of the judgment in due course. This briefing is an initial summary of the key points.

The dispute and the High Court’s decision

BI policies protect businesses where an insured event causes losses by disrupting their normal operation (for a more detailed explanation of BI insurance please see our previous briefing here). As explained in our further briefing, at first instance the High Court found broadly in favour of policyholders, particularly those who held cover under so-called “disease clauses”. However, the Court took a narrower approach to cover under “denial of access clauses” and found that many such policies did not provide cover.

The FCA and six insurers each appealed a number of points to the Supreme Court. The appeal was heard between 16 and 19 November 2020 and judgment was handed down on 15 January 2021.

The Supreme Court made findings in five main areas:

These clauses provide cover for losses resulting from the occurrence of a disease within a specified radius of the insured premises.

The Supreme Court, like the High Court, concluded that the disease clauses it considered do provide cover for losses arising from the coronavirus. The Supreme Court took a narrower approach than the High Court had, concluding that the insured peril was an occurrence of coronavirus within the geographical area set by the policy and not the effects of any cases outside that area. However, as explained below, the Supreme Court also decided that such individual cases within the relevant area could (together with all other such cases) be the legal cause of the business interruption losses suffered by a business. As a result, cover under these clauses was confirmed.

These clauses provide cover where business interruption is caused by measures taken by local or national authorities which prevent or hinder access to a business’s premises.

The Supreme Court confirmed that this type of cover will be triggered more frequently than the High Court’s judgment suggested. Where a policy provides cover for losses caused by “restrictions imposed” by a public authority, there is no need for those restrictions to be enshrined in legislation. Restrictions in mandatory and clear terms, such as the Prime Minister’s statement on 20 March 2020, that certain types of businesses must close, could be sufficient. The Supreme Court also took a more generous approach to the level of disruption or restriction that is required to trigger cover. Policies may respond if a business was unable to use its premises for  part of its business, such as a restaurant unable to offer sit-in dining, or if it was unable to use part of its premises, such as a golf club that was unable to open its clubhouse.

Insurers had argued that in order to make a successful claim a policyholder must show that the loss being claimed would not have been suffered but for the insured peril. If the insured peril was an occurrence of coronavirus within a 25 mile radius of a business’s premises, that is a difficult hurdle to overcome - insurers argued that because of the nature of the pandemic, and the steps taken by the Government to tackle it, policyholders would have suffered the same losses even if the insured peril (ie the cases within 25 miles) had not occurred.

The Supreme Court rejected that argument. It held that the “but for” test was not determinative. The relevant test of causation in insurance claims must take account of the nature of the cover being provided. A policy may respond if the insured peril (in this case occurrences of coronavirus within a 25-mile radius) brought about the loss in combination with a large number of connected but uninsured events (in this case occurrences of coronavirus outside a 25-mile radius). That remains the case even if the insured peril is neither necessary nor sufficient to bring about the loss by itself.

For disease clauses, therefore, it is sufficient for a policyholder to show that the loss suffered resulted from disruption caused by cases of coronavirus which included at least one case within the relevant geographical area.

Trends clauses are part of an insurance policy that are designed to ensure that the quantum of an insurance claim properly reflects the losses covered by the policy and not losses caused by unrelated factors. One hypothetical example referred to in the judgment was a restaurant whose star chef resigned the week before the Government required restaurants to close. The restaurant would likely have suffered a loss of revenue as a result of the chef’s departure, even if the coronavirus pandemic had never happened. In determining the quantum of the restaurant’s insurance claim the trends clause may provide that its loss of revenue should be measured against the lower revenue it would have earned in the absence of the star chef, not against its expected revenue if the chef had stayed.

Insurers had argued that they should not be liable to indemnify businesses for losses they would have suffered as a result of the extremely wide consequences of the coronavirus pandemic, even in the absence of the specific insured peril covered under the policy. The Supreme Court rejected this argument, noting that it was based on the application of the “but for” test that it had already rejected. Trends clauses should therefore only be used to exclude losses that are unrelated to the coronavirus pandemic, such as the consequences of the departing star chef, not those that are inextricably linked to the insured peril.

Insurers’ arguments on causation and trends clauses relied heavily on the judgment in Orient-Express Hotels Ltd v Assicurazioni Generali SpA [2010] EWHC 1186 (Comm) which has for a number of years been a helpful decision for insurers seeking to limit their liability for business interruption claims. The Supreme Court held that the case had been wrongly decided and overruled it, a decision which will have far-reaching consequences for insurers and policyholders alike.

The Orient-Express case arose out of a BI insurance claim by a hotel in New Orleans following hurricanes Katrina and Rita. The insurer accepted that physical damage to the hotel itself was covered but denied the claim for business interruption losses. The insurer argued that the hotel would have suffered the same losses even if its building had not been damaged because of the severe damage to, and evacuation of, the city.

The basis of the Supreme Court’s decision to overturn Orient-Express was that the business interruption arose because of both the insured peril (loss arising from damage to the hotel) and the uninsured peril (wider damage to the city). The loss therefore had two concurrent causes, each of which was sufficient to cause the loss. Neither cause satisfied the “but for” test because of the presence of the other cause. However, as long as losses covered by the uninsured concurrent cause are not excluded by the policy, losses caused by both are covered because they both arose from the same underlying fortuity (the hurricanes).

What the judgment means for policyholders

The judgment is very good news for policyholders. It widens the range of policies that will provide business interruption cover for coronavirus disruption and its findings on causation and trends clauses will also mean that the indemnities received by policyholders who have cover will be larger.

The FCA’s press release on 15 January 2020 stated that the judgment “decisively removes many of the roadblocks to claims by policyholders” and that it will be “working with insurers to ensure that they now move quickly to pay claims that the judgment says should be paid, making interim payments wherever possible.”

Each insurance policy will need to be considered carefully in the light of the judgment to work out whether it will provide cover. Insurers will be carrying out their own reviews of policies and should be in touch soon with policyholders who have made claims. Policyholders who have questions, either before or after their insurer sets out their position, should speak to their broker or solicitors. The FCA will also be publishing further guidance and a set of Q&As for policyholders to help them understand the implications of the judgment.

If you require further information about anything covered in this briefing, please contact Ben Longworth, Iain Stewart, or your usual contact at the firm on +44 (0)20 3375 7000.