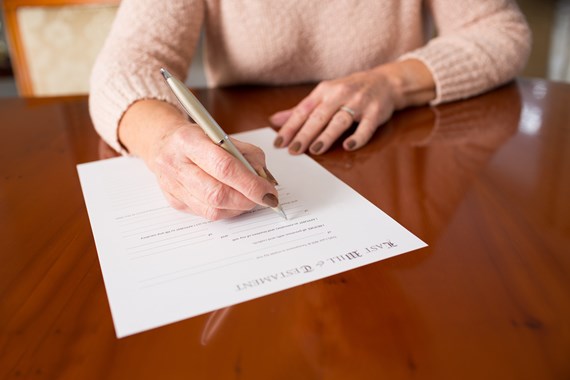 Recent press reports have covered the tragic case of John Scarle and his wife Ann Scarle, who died at home together in October 2016. The exact circumstances are unclear, but it is thought that they died of hypothermia shortly after their 26th wedding anniversary. Mr Scarle was aged 79, and Mrs Scarle aged 69.

Neither Mr nor Mrs Scarle wrote a Will, and what happens to the property owned at their death is therefore governed by the intestacy rules and also the rules of survivorship relating to “joint property”. The issue for the Court to decide is, essentially, whether:

i. Mr Scarle died first - in which case his property, including his interest in their home, would pass briefly to Mrs Scarle and then to Deborah, her daughter, under the intestacy rules; or

ii. Mrs Scarle died first - in which case the same property would pass to Mr Scarle and then to Anna, his daughter.

Jointly owned assets are governed by the rules of survivorship. This means that on the death of one of the joint owners, the asset passes to the surviving owner automatically immediately after death. So whoever of Mr and Mrs Scarle survived the other (however briefly), she or he automatically received the other’s interest in the family home. The same would also have been true for any joint bank accounts held by the couple. As no Wills existed in this case, this joint property then passed to the surviving spouse’s heirs under the intestacy rules.

When two people die in circumstances where it is not possible to determine who died first, it is presumed that the deaths occurred in order of seniority. In other words, the younger is deemed to have survived the elder. This is known as the “commorientes rule”.

Under the commorientes rule, Mr Scarle is deemed to have died first. Mrs Scarle therefore inherited all the joint property (briefly) and when she died by law soon after, she was the “owner” of all the joint property including the house. This property then passed under the intestacy rules (together with the rest of her assets) to Deborah, her only child. As a result, Mr Scarle’s daughter, Anne, is seeking to convince the Court to overturn the default position by pointing out that her step-mother suffered from serious health problems and was, in fact, likely to have died first as a matter of “fact” rather than law, albeit this was impossible to determine definitively.

The Court is yet to deliver its verdict, so the answer for now is “watch this space”. However...

Even though the Court has not yet delivered its judgement, the most important general points are clear:

i. It is crucial to consider carefully who should inherit your estate when you die; especially when you and your spouse or partner have children from earlier relationships or if your family circumstances or assets are complicated.

ii. The best way to give effect to your wishes is by putting a valid Will in place; this can include special provisions to specify a survivorship period, commonly set at 28 days, to prevent the commorientes rule coming into play. Without a Will the intestacy provisions will apply to your estate which may give rise to unwanted or unexpected results. Worse still, the chances of a costly and emotionally charged dispute about your estate may be much greater. For more details including a summary of the intestacy rules please see our briefing note titled “Why make a will?”

iii. You should review the contents of your Will from time to time, and consider making changes if and when your circumstances or wishes change.

If you require further information about anything covered in this briefing, please contact Richard McDermott or Marcus Maxwell, or your usual contact at the firm on +44 (0)20 3375 7000. 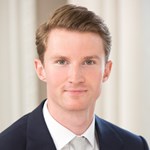