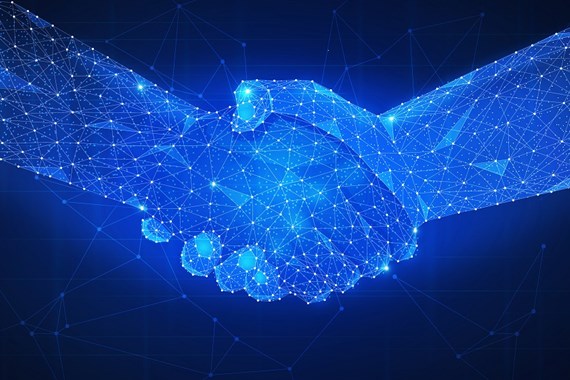 The use of “smart contracts” to generate and record contractual relationships is becoming increasingly mainstream, having moved beyond the realm of tech start-ups into the practices of large multinationals such as AXA who, in 2018, launched their blockchain-driven insurance product “Fizzy”.

The growth in the use of smart contracts has so far been achieved within a jurisprudential vacuum. There is very little to no case law, legislation or regulation which addresses – or even considers – the legal implications of this rapidly developing technology. The resulting lack of certainty as to their legal status was noted in responses to a consultation carried out by the LawTech Delivery Panel throughout 2019 and may have inhibited the more widespread adoption of smart contracts.

It is these concerns which the LawTech Delivery Panel sought to address through the publication of its “Legal Statement on cryptoassets and smart contracts” in November 2019. The Panel was established by the UK Government, the English Judiciary and the Law Society. Whilst its official Legal Statement is not a binding authority on the subject, it is nonetheless likely to be regarded by both commercial parties and the courts as highly influential and capable of being relied upon as valuable advice.

One of its key conclusions is that smart contracts are capable, in principle, of forming binding contracts which will be upheld under English law. Effectively the Legal Statement gives the green light to the use of this technology in the UK. This is an extremely significant development, both in terms of providing certainty and also because it may mark the beginning of a new era for the adoption of smart contracts and the scope of legal principles in contract under English law.

In the second of two briefings, Kate Allass (Farrer & Co) and Hazem Danny Al-Nakib (Sentinel Capital Group) summarise the key conclusions of the Legal Statement in relation to smart contracts. Their first briefing addresses the implications for cryptoassets.

The Statement is a confident statement on the part of key stakeholders in the English legal system of their willingness to support developing technologies and their ability to handle disputes arising out of them. Whilst it acknowledges that every case will be fact specific, it is universally positive in its recognition of the potential validity of various forms of smart contracts. This is a positive mark in bridging the law’s application to and possible interconnectedness with code. Clearly the intention is to promote England and Wales as a technology-friendly and technology-neutral jurisdiction, as a result of which growth in the sector and in innovation is likely to follow.

If you require further information about anything covered in this briefing, please contact Kate Allass, or your usual contact at the firm on +44 (0)20 3375 7000.