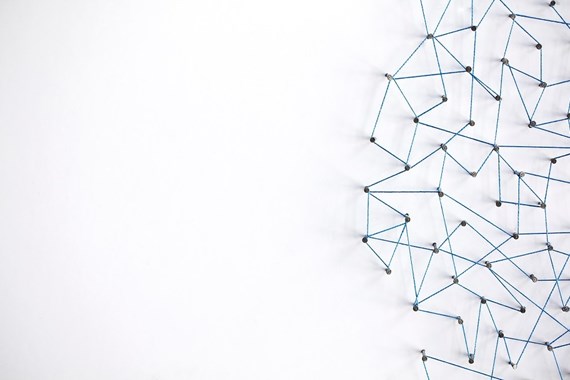 In the latest development, the Supreme Court unanimously ruled that it was arguable that Royal Dutch Shell Plc owed a duty of care to those allegedly harmed by the acts of its foreign subsidiary.

In this briefing note, Kate Allass and Victoria Atkins summarise the key issues arising from the judgment in Okpabi & Ors v Royal Dutch Shell Plc & Anor [2021]  and its implications for the directors of parent or other group companies which have an involvement in the affairs of subsidiaries.

The default position is that a parent company is not liable for the acts of its subsidiaries.

However, where the parent plays a role in controlling the operations of other companies within its group, the parent might be taken to have assumed a duty of care to individuals and entities who are affected by the actions of its subsidiaries. Breaches of this duty of care may then form a basis for direct claims by those parties against the parent company.

In the case of Lubbe v Cape plc [2000], the House of Lords explained that the creation of a direct duty of care would depend upon the part played by the parent in controlling the operation of the group; what its directors knew or ought to have known; and what action was taken or not taken. This issue was examined further by the Supreme Court in Vedanta Resources plc v Lungowe [2019] where it was held that whether a direct duty of care arises “depends on the extent to which, and the way in which, the parent availed itself of the opportunity to intervene in, control, supervise or advise the management of the relevant operations of the subsidiary”.

The nature of these factors means that there is no single touchstone for determining whether a duty of care has arisen, and assessing the risk in any given case is an intensely fact specific exercise.

In AAA v Unilever [2018], the Court of Appeal held that Unilever owed no duty of care to those affected by the actions of its Kenyan subsidiary where the Kenyan subsidiary was responsible for its own decision-making and had not sought advice from Unilever. Whilst Unilever produced, at the top level, a set of policies applicable to the whole group, this was insufficient to create a duty of care where those policies required the subsidiaries to undertake their own risk assessments and independently put in place appropriate measures.

Save for Unilever, however, there is little further practical guidance from the courts; there is a dearth of claims in which a parent has actually been held liable at a final substantive hearing. Whilst sweeping guiding principles have been stated in cases such as Vedanta, the context was the determination of whether the claim was sufficiently arguable to establish that the English court has jurisdiction. No decision has yet been made on the question of whether a duty of care actually arose.

In 2015, over 42,000 claimants brought a claim for damages against the Royal Dutch Shell Plc (RDS) and its Nigerian subsidiary, the Shell Petroleum Development Company of Nigeria Ltd (SPDC), as a result of extensive pollution and environmental damage caused by a number of oil spills from the pipelines, and associated infrastructure in and around the Niger Delta. The leaks had a catastrophic impact on the natural water sources in the area, which could no longer be used for drinking, fishing, washing or agricultural purposes. SPDC operated the pipeline and ancillary infrastructure on behalf of a joint venture between SPDC, the state-owned Nigerian National Petroleum Corporation and two other Nigerian entities.

The claimants, who were all members of the Bille and Ogale communities, argued that the English parent company, RDS, owed a direct duty of care to the claimants as RDS was the ultimate controller of the operation of the pipelines and infrastructure in Nigeria where the leaks occurred, and / or had assumed a direct responsibility to protect the claimants from environmental damage caused by the leaks. RDS was said to exercise significant control over SPDC’s operations by imposing mandatory health, safety and environmental policies, standards and manuals which allegedly failed to protect the claimants from the foreseeable harm arising from SPDC’s operation of the pipeline.

The claimants wished to litigate in England but needed first to establish that the English courts had jurisdiction. As SPDC was not domiciled within the UK, in order to establish jurisdiction, it was critical to prove that they had an arguable claim against RDS, an English company. The court therefore had to consider the merits and reasonableness of the claim against RDS as the “anchor defendant” as well as whether the SPDC was a “necessary or proper party” to the claim.

This preliminary question of jurisdiction was considered by the High Court in 2017 and the Court of Appeal in 2018, both of which ruled that the claimants had failed to establish an arguable case  against RDS on the basis of the evidence available to them.

The Supreme Court unanimously allowed the claimants’ appeal and held that the Court of Appeal had erred in law and that there was in fact a real issue to be tried, meaning that the English courts did in fact have jurisdiction.

1. The existence of a “real issue” to be tried

The following factors were considered particularly persuasive in establishing that there was a real issue to be tried:

Therefore, even though the questions of how the organisational structure worked in practice, how the policies were enforced and the extent to which RDS was involved in relation to decisions made by SPDC were very much in dispute, it was nonetheless sufficient to conclude that there was a triable issue and the fact that those issues were disputed did not prevent the English court from seising jurisdiction.

2. The Court of Appeal’s errors in law

The Supreme Court found that the Court of Appeal had materially erred in law in the following respects:

What does this mean for group companies?

The Supreme Court only considered the question of whether the claim against RDS was “arguable” in the context of determining whether the English courts had jurisdiction. It is important to remember that this is a threshold question and not a decision on the merits of the underlying case. Having overcome this initial obstacle, it is now for the claimants to establish in subsequent proceedings whether or not RDS is liable for the acts of SPDC.

Whilst the recent high profile cases in this area of law have arisen out of health and safety and environmental incidents, the principles potentially apply much more broadly to any company with subsidiaries and will have particular impact in circumstances where it is favourable for foreign claimants to pursue a wealthier English-registered parent.

As Vedanta and Okpabi saw the courts refusing to confirm that group wide policies alone are an insufficient basis for claims, it is possible that more claimants will attempt to argue that the imposition of top down policies by a parent company gives rise to a duty of care. The lack of definitive guidance about exactly what level of parental intervention generates a duty of care, and the lowering of the evidential bar for the purposes of establishing jurisdiction, will not be welcome news to any parent company with overseas subsidiaries. This may generate interest among litigation funders and claimant law firms looking to capitalise on the uncertainties in the law.

It will be increasingly important for parent companies, and in particular multinational corporates, to take care in the drafting and implementation of group wide policies and corporate management structures, given the indication by the Supreme Court that formal control is just a starting point and may no longer be the determining factor for liability. Factors such as whether the parent dictates certain actions to be taken or gives specific advice or direction will be pivotal. The court in Vedanta also indicated that claims against employees of the subsidiary may be more likely to succeed than those by third parties, so this may be an aspect of increased risk. Care should also be taken as to what level of control a parent holds itself out to have, even if in reality the control exercised is limited. Evidence of the allocation of responsibility and exercise of control will be key in proving there is a separation between parent and subsidiary.

The Court’s rephrasing of the issue as “the extent to which the parent did take over or share with the subsidiary the management of the relevant activity” as opposed to having “control” will require a more complicated factual analysis, and it may be difficult to establish with certainty and in advance whether or not a parent’s involvement is likely to render them susceptible to such claims by third parties. Despite this uncertainty, it is necessary in practice for parents to have a clear view of how responsibility and management for certain activities are delegated throughout the group, whilst striking a balance with ensuring good governance.

The Okpabi decision demonstrates a potential movement on the part of the English Courts towards a view that claims are “arguable” against a wider set of UK based entities such as joint venture partners, minority investors and entities involved in supply chain supervision, if they are involved in the management of a particular function. This claimant friendly approach has already been seen in other jurisdictions such as Canada, the US and New Zealand. The substantive trials of Vedanta and Okpabi are therefore likely to be highly significant in the development of this area of law.