Unexplained Wealth Orders: how they could affect trustees

With the current period of economic uncertainty caused by the coronavirus pandemic, there are many theories about how governments will seek to recover the costs of the emergency spending required to protect their citizens. After a decade of austerity in the UK, further cuts seem unlikely. The UK Government may therefore look to the other end of the spectrum – high net worth individuals.

Following the last global financial crisis in 2008, we witnessed a shift towards increased financial transparency. This was buoyed by public support for a crackdown on corruption and money laundering, which has resulted in demands for increased scrutiny of wealth and its origins. In the UK there was a perception that the London property market was a safe haven for less than scrupulous investors and that the anti-corruption legal framework was ineffective. This culminated in the implementation of a number of new mechanisms designed to increase transparency and combat money laundering.

These mechanisms include the much written about Unexplained Wealth Orders (“UWOs”), commonly known as “McMafia” orders (named after Misha Glenny’s 2008 book and the 2018 television series!)

On the face of it, the implementation of mechanisms such as UWOs places the use of trust structures and other such arrangements under greater scrutiny than ever before in the UK. Historically, one of the key benefits of these structures has been that sensitive information can be kept confidential. This raises an important question: could these new mechanisms erode a trustee’s ability to maintain the confidentiality of a trust?

Despite the enduring media carnival that surrounds UWOs, they have been used sparingly by enforcement agencies since their introduction in January 2018. This has led to accusations that they provide style over substance in combatting money laundering and scrutinising wealth. However, a number of recent Court decisions provide useful precedents as to how UWOs may be used by enforcement agencies and, indeed, their potential limitations.

In this briefing, we examine these recent cases and provide some thoughts and practical guidance to trustees on navigating the risks associated with UWOs, particularly when non-UK jurisdictions are involved.

If you require further information about anything covered in this briefing, please contact Tom Williams, Caroline Russell, or your usual contact at the firm on +44 (0)20 3375 7000. 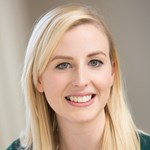