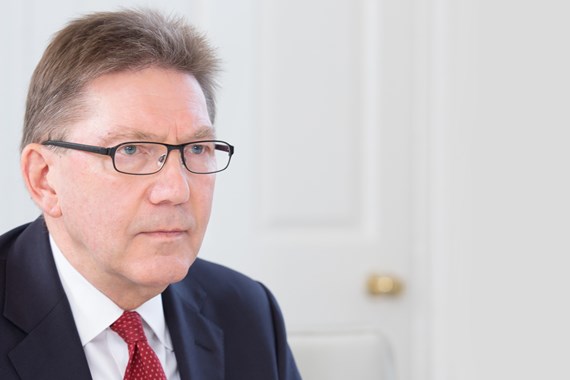 Andrew's focus is on how to mitigate tax risk. His clients include both taxpayers and their advisers, and he is involved in representing clients under challenge or at risk of challenge from HMRC. Prior to entering private practice, Andrew qualified as a fully trained Inspector of Tax, entering the old Inland Revenue via the Civil Service Selection Board.

Andrew moved into private practice in 2000, initially working with a Big 4 accountancy firm before becoming a law firm partner. His clients include individuals, companies, and their professional advisers such as trustees and bankers. Some clients are UK based but many have an international dimension.

Clients come to Andrew in a variety of circumstances. Some will come at a planning stage to seek his expert advice on the exposure of planning structures to challenge. Some are under HMRC investigation and wish his assistance in negotiations with HMRC with a view to reaching an agreed settlement. He also advises on where a voluntary disclosure to HMRC should be considered and the most appropriate type of disclosure based on the circumstances of the particular case. In addition to advice to taxpayers, Andrew also advises professional intermediaries such as trustees and bankers on how to mitigate their exposure to penalties under recent legislation.

In most instances the tax issues involved will be resolved by agreement with HMRC, but where required Andrew will litigate. He is also a qualified mediator and has experience of taking cases through HMRC's Alternative Dispute Resolution process.

Andrew enjoys the challenge of keeping up to date with tax law which is complex and constantly changing. While tax is often thought of as being about numbers, Andrew believes that the numbers come from how people's lives and work interact with the legislation. He is skilled at earning the trust of his clients, where discussions can revolve around personal issues and sensitive business matters. This comes down to understanding each client's priorities, which might include cost, degree of certainty, the time needed to resolve an issue, and potential reputational consequences. Part of his job can be to agree with the client on the nature of the risk to which they are exposed, following which he can move the discussion on to how best to mitigate that risk.

His work covers a range of situations. He has advised various trust settlors on their exposure to challenge on their tax affairs and, where required, made successful disclosures to HMRC to bring their affairs up to date. He recently represented the directors of a UK company in respect of an enquiry into an employee benefit trust of which they were beneficiaries and negotiated an agreed settlement. Working with a colleague in our Family team, Andrew advised a private client on the likely consequences (financial, reputational and time-frame) of tax issues arising from a divorce dispute. He also advised a trust company on how best to mitigate their exposure to “enabler penalties” in respect of the actions of a particular client.

As tax creeps into most areas of life, Andrew enjoys the collegiate Farrer & Co atmosphere and works with colleagues across the firm.