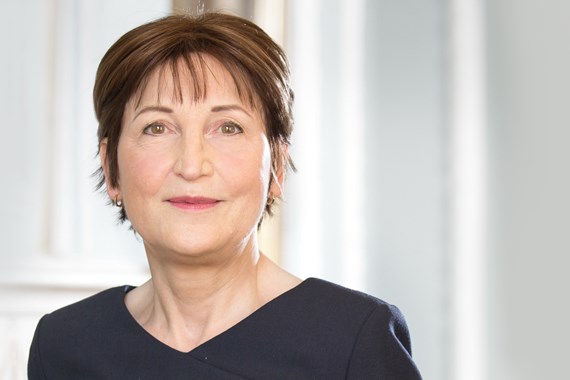 Anne-Marie Piper is one of the UK’s foremost experts in charity law. She has built a formidable reputation for her work on complex mergers and regulatory cases, as well as playing a defining role in establishing charity law as a specialist legal discipline. She combines her client practice with the role of Senior Partner at Farrer & Co.

Over a 30-year career, Anne-Marie has advised charities of all types, on legal issues touching every aspect of their activities.

Anne-Marie advises well-known national and international charities, as well as a diverse client base including religious groups and not-for-profit organisations of all sizes. She also works with philanthropists seeking to structure and execute new initiatives.

Anne-Marie is renowned for her expertise in resolving complex issues for large organisations: particularly fundraising; major mergers, re-organisations and group structures; administrations; and in managing tricky regulatory cases. She has advised on some of the UK’s largest ever charity mergers. Her clients value her straight-talking approach, as well as her ability to simplify technical issues, setting them in the context of their broader organisational aims.

She regularly leads teams of specialists from across the firm to deliver client projects, requiring legal expertise in, for example, reputation management, property, employment and intellectual property.

Anne-Marie has played a pivotal role in the development of charity law as a specialist legal discipline. She was key player in the founding of the Charity Law Association, which was the first organisation of its type in the sector and served the Association as both Secretary and Chairman. Today she is the general editor of Charity Global Guide (Thomson Reuters Practical Law) and a contributor to the chapter on England and Wales.

In 2017, Anne-Marie was elected to the position of Senior Partner at Farrer & Co, a role in which she supports the management board and focuses in particular on the wellbeing and development of all those who work within the firm.

Having acted for charities for over 30 years, Anne-Marie has extensive experience of the environments within which they operate and the challenges they face. She advises on structural and governance matters; on internal disputes; on their arrangements with third parties and their dealings with the Charity Commission.

Anne-Marie acts for organisations covering all of the world’s major faiths and some less well-known ones. She advises on structural and governance matters; on internal disputes; on their arrangements with third parties and their dealings with the Charity Commission.

Anne-Marie advises professional and membership bodies on structural and governance matters; on internal disputes; on their arrangements with third parties and, for those which are charities, on their dealings with the Charity Commission.