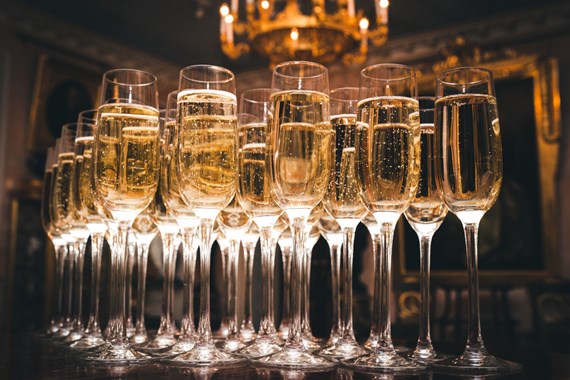 In a recent blow for French winemaker Les Grands Chais de France (GCF), an attempt to trademark “Nosecco” for its popular non-alcoholic wines has failed on appeal at the English High Court, following successful opposition by an association which aims to protect and promote the name “Prosecco”. The case highlights the importance of considering intellectual property rights and constraints early on in the process of designing and launching a product, to minimise the possibility of any hiccups further down the line.

GCF began producing Nosecco in 2017 in response to growing demand for alcohol free alternatives to traditional sparkling wine. In January of the following year, they filed an application for UK protection for a mark which included the term “Nosecco”, covering non-alcoholic wines and sparkling wines. The application was successfully challenged by Consorzio di Tutela della Denominazione di Origine Controllata Prosecco (Consorzio) on the basis that the term “Nosecco” is of such a nature as to deceive the public and that its use in the UK is prohibited by EU law; these two factors contravene section 3 of the Trade Marks Act 1994 (TMA). The UK Intellectual Property Office (UK IPO) agreed with Consorzio, which led GCF to appeal to the High Court. Unfortunately for GCF, the High Court upheld the decision of the UK IPO in finding that the “Nosecco” mark was prohibited.

A central point which Consorzio relied on in its argument was that Prosecco has a protected designation of origin (PDO) under EU rules on geographical indications. PDO status is reserved for products which are produced, processed and prepared in one area and have distinct characteristics from that area; the products must also meet requirements set out in a detailed production specification. Other familiar names with PDO status include Gorgonzola cheese, Jersey Royal potatoes and Cornish clotted cream. PDO protection applies within the EU and in non-EU countries where a protection agreement has been signed. Non-EU product names can also obtain protection if their country of origin has an agreement with the EU that includes the mutual protection of such names; for example, Columbian coffee has PDO protection.

The court rejected GCF's arguments and found that the mark breached the PDO which protects against evocation, as the image of Prosecco would be evoked in the minds of the average consumer on encountering Nosecco. Though the court accepted that the average consumer would understand the products were not actually Prosecco, this did not prevent them being examples of evocation.  The court found that such ““riding on the coat-tails” of Prosecco and benefitting from its reputation” amounted to taking an unfair marketing advantage and so the appeal was dismissed.

While this case related to use of a name that enjoys specific legal protection as a PDO, the grounds of refusal for trademark registration under the TMA 1994 are wide ranging and can easily become a stumbling block to a business's plans. Businesses entering and operating within the luxury sector face additional challenges in this regard, as competitors are often exceedingly protective of their names and logos due to the value that these generate; as such, they may view legal action as a necessity.

One way to reduce the risk of a trademark application dispute is by creating a new, original and highly distinct mark when bringing a product to market. These are less likely to face opposition. In any case, it is essential to do appropriate levels of due diligence of a new name or logo before deciding whether it suits the business' needs. There is no need to have started using the mark in order to apply, so the best time to apply is often at the development stage of a new product.

Further to the Nosecco case, GCF have not been prohibited from using the name going forward; you will still see the product on UK supermarket shelves. However, GCF will be unable to reap the benefits that trademark protection could have offered for their increasingly popular product. Furthermore, while GCF's application failed in the UK, they have successfully trademarked Nosecco in other countries. This serves as a reminder that businesses seeking to operate internationally should take a global view of the likely opportunities and barriers they may face regarding intellectual property rights.

If you require further information about anything covered in this briefing, please contact William Charrington, Kay Lubwika Bartlett, or your usual contact at the firm on +44 (0)20 3375 7000.