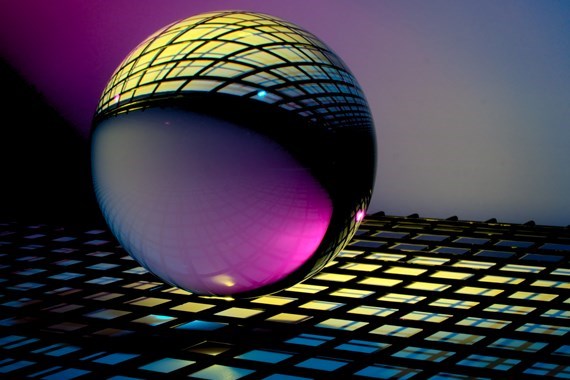 If we have learned one thing from 2021 (and indeed 2020 before it), it is that we never know what is around the corner. Whilst some things in the employment world for the year ahead are more certain than others (the Supreme Court and Court of Appeal for instance will hand down important judgments on two holiday cases)... other things are less certain, such as whether the much anticipated Employment Bill will finally be implemented or, dare I say it, whether another furlough scheme is on the cards. Below is a summary of our predictions for things to look out for in the employment sphere in 2022.

First mentioned in the Queen’s Speech in December 2019, the Employment Bill is yet to materialise, but has been promised “when parliamentary time allows”. Some progress has been made and it has now had its first reading, so 2022 could be its year! The Bill is wide-reaching and includes:

Currently, workers don’t have a statutory right to flexible working, but may request it after 26 weeks of employment. However, this could change in 2022 following the government’s recent consultation on making flexible working the default (ie giving employees a right to request from day one). The consultation also looked at a range of flexible working patterns, not restricted to working from home, such as job-sharing, flexitime, annualised hours (where employees work a certain number of hours per year rather than per week), and phased retirement. This consultation closed on 1 December and a response is awaited. For more information, see our blog on the consultation here.

For employers wanting more information about the law on flexible working and calls for reform, the House of Commons Library has published a briefing on Flexible working: remote and hybrid work.

In the middle of last year, the government published its response to a consultation on sexual harassment in the workplace. In this, it committed to the following:

Whilst the potential changes outlined in the response, if implemented, will have a significant impact on sexual harassment obligations in the workplace, we currently do not have detail about how any new provisions will work in practice or the timeframe for when they may be introduced.

Further details about all of these can be found in our blog Sexual harassment in the workplace.

At the end of last year, the Court of Appeal and Supreme Court considered two cases on holiday pay and entitlement. Decisions are expected in the first half of this year, which could have a significant impact on how employers manage holiday and their liability for backdated pay.

This is a dispute that will be familiar to most of us, since it has been rumbling on in one form or another for over seven years. In 2018, the Supreme Court upheld the decision of all the courts before it that Mr Smith was a worker and not self-employed (for our commentary on the decision, see here). In the latest instalment, the case was back in the Court of Appeal in December 2021 to consider whether holiday entitlement can be carried over indefinitely in circumstances where a worker has taken annual leave, but is not paid for it. To date, both the Employment Tribunal and the Employment Appeal Tribunal have dismissed Mr Smith’s claim, holding that the time limit for claiming unpaid annual leave is three months from the date of the last holiday period, and not the date of termination. The Court of Appeal's decision will provide some much needed clarity about the scope of an employer’s liability for backdated holiday pay in worker cases of this sort (though query whether it will be the end of the matter or whether this part too will eventually end up in the Supreme Court).

In another much anticipated case about holiday entitlement, the Supreme Court in November 2021 was asked to consider whether workers who are engaged throughout the year, but do not work for the entirety of that period, can receive pro-rated holiday entitlement based on the number of weeks a worker actually works. The Court of Appeal disagreed and found that “part-year workers were entitled to the full 5.6 weeks” holiday, despite the fact that this could result in them receiving more holiday than their full time colleagues. For the full facts of this case, see our blog Holiday pay for termtime workers should not be pro-rated. The Supreme Court’s decision could have significant implications for employers who engage workers on permanent contracts, but who do not work the entirety of the year, such as term-time only workers, seasonal workers or those on parent-friendly flexible working arrangements.

The Employment Bill isn’t the only thing the government has promised “when time allows”. The outcomes of a number of reviews and consultations are pending and it will be interesting to see which produce results in 2022. These include:

Dare we say it? With increasing Omicron cases (and the possibility of other variants?!), it is hard to predict what might happen in terms of possible Covid restrictions this year. Certainly there is no suggestion of anything at the minute, although a Treasury source reportedly told The Times that “If we… are telling businesses that they have to shut their doors then it is not unreasonable for them to expect additional government support. That could mean a return to the furlough scheme”. Covid has shown the ability to surprise us, so it is not beyond the realms of possibility that further government support could be offered to employers should restrictions be needed at any point. Certainly furlough dominated both 2020 and 2021, only time will tell if it features this year too.

In conclusion, 2022 looks to be a lively year on the employment front and there is a lot of potential… especially if “parliamentary time allows”!

If you require further information about anything covered in this blog, please contact Amy Wren, Rose Sethi or your usual contact at the firm on +44 (0)20 3375 7000. 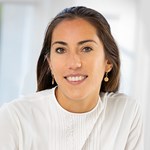