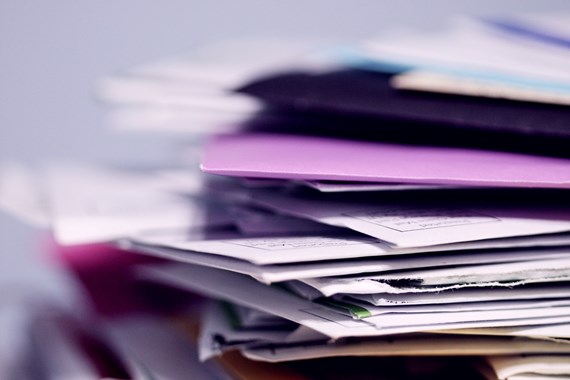 In a judgment that will see financial institutions breathing a collective sigh of relief, the Court of Appeal has recently affirmed in Sports Direct International plc v Financial Reporting Council [2020] EWCA Civ 177 that a high threshold is required for a company to be obliged to hand over privileged documents. Specifically in this case, it was held that the client of a regulated person was not required to hand over privileged documents to the regulator in connection with an investigation into the regulated person, overturning a first instance decision that had seemed to introduce some uncertainty into the protections afforded to those in regulated industries. The decision will apply equally to circumstances whether the person entitled to the privilege is the auditor under investigation or the audited entity.

The concept of privilege

Legal professional privilege ensures that communications between an individual and their legal adviser cannot be shared without that individual’s consent, enabling a person to withhold certain documents in a wide range of situations. Its purpose is to ensure that individuals are able to speak freely with their legal advisers, without any worry that their interests might be adversely affected. As such it is rightly seen as a cornerstone of the judicial system, with any restrictions on the principle carefully limited.
There are two distinct types of legal professional privilege. The first type, legal advice privilege, applies to communications which pass between a client and their lawyer, and which have been prepared for the dominant purpose of giving or receiving legal advice. For the second type, litigation privilege, to apply, the lawyer-client communication must be made for the dominant purpose of litigation which is pending, reasonably contemplated or existing. In both cases, the documents will only be privileged if they are confidential; if they contain information which is already in the public domain, or which has already been shared more widely, legal professional privilege will not apply.

In the first instance decision in the High Court, Arnold J held that Sports Direct were in fact obliged to hand over the documents. In so doing, he accepted the FRC’s argument that the emails fell within a narrow exception meaning that handing them over would not infringe Sports Direct’s privilege; or to the extent that handing them over did technically breach privilege, this was authorised by the FRC’s statutory powers.

Traditionally there had been held to be two exceptions to the general privilege principles:

a) Privilege does not attach to lawyer-client communications prepared for a criminal purpose; and

b) Privilege does not apply where statute has expressly (or by necessary implication) modified or overridden it.

The decision at first instance purported to be in line with an ongoing but controversial legal development, under which (the FRC had argued) a further exception had emerged: that the production of documents to a regulator was in some circumstances not an infringement of the privilege of clients of the regulated entity (a “no infringement exception”), or only a technical breach, and therefore capable of being authorised by the regulator’s statutory powers.

The Court of Appeal dismissed the idea that there was authority for any no infringement exception. It further dismissed any idea that the technical breach might be justified, emphasising that the task of the court is to see whether Parliament must have intended to override privilege. The FRC’s regulations, in fact, set out a very clear carve-out to protect the privilege of entities in the position that Sports Direct found themselves, and therefore precluded any finding that Parliament must have intended to override privilege.

The Court did, however, conclude that even if some emails were privileged, pre-existing documents attached to those emails were not protected by privilege simply by being so attached.

A clear danger raised by the first instance decision had been that in some circumstances both parties will be regulated by the same regulator. This would have raised practical difficulties in that a regulator would have had to separate out information into that which it was only entitled to use in connection with an investigation, and that which it could use more broadly. More generally, the decision was bound to introduce an element of insecurity into when privilege would be held to apply; for such an important constitutional safeguard, this uncertainty seemed (and indeed was) unsustainable.

The decision is therefore helpful for regulated industries, affirming the status of legal professional privilege as a fundamental right to be protected, even in a regulatory context. Although the context of this case concerned the FRC's statutory powers as against auditors, the decision will be of wider consequence, potentially affecting the scope of statutory powers conferred on other regulators and public authorities to compel the disclosure of documents.

Both parties have applied for permission to appeal to the Supreme Court – watch this space!

If you require further information about anything covered in this briefing, please contact Blue Elliott or Iain Stewart, or your usual contact at the firm on +44 (0)20 3375 7000.