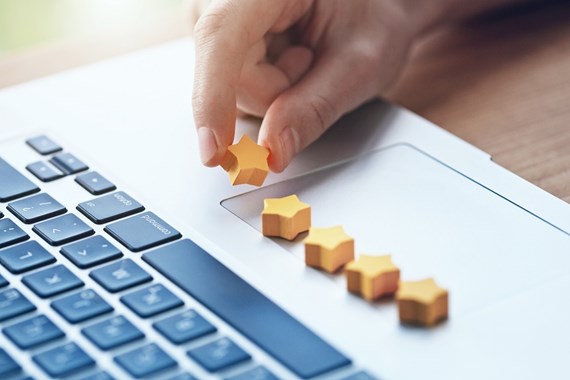 It is one of the ultimate trade-offs that, while businesses are now able to engage with their customers like never before, they are also faced with a multitude of review platforms where criticisms abound. As any internet user knows, reviews on mainstream platforms (Google, Trustpilot, TripAdvisor, Glassdoor and so on) can have a direct impact on purchasing decisions. It is unsurprising therefore that businesses (and individuals) are becoming increasingly concerned by the prevalence of damning customer reviews. Little can be done (nor should it, beyond positive customer engagement) when these reviews are factually accurate or amount to honest opinions held on the basis of the facts that existed at the time. However, the lack of restraint exercised by many users mean that reviews often stray into the areas of defamation or (where they relate to an identifiable individual) data protection law. Cases relating to online reviews have been few and far between, but they are an area of growing concern for clients. The question is how best to deal with them.

In a recent decision of the English High Court, Summerfield Browne Ltd v Waymouth [2021] EWHC 85 (QB) (the judgment can be read here), summary judgment was awarded in favour of a law firm after a defamatory review was published on Trustpilot by a former client regarding the legal services he had received. The former client was ordered to pay £25,000 in damages.

It is rare that affected businesses will choose to pursue a reviewer through litigation and most prefer to try to remove false and defamatory reviews by addressing the platform instead. In this instance, the proceedings were brought to an early conclusion by virtue of the successful summary judgment application but that was not the end of the story. There is always a risk (both legal and PR) of becoming embroiled in protracted proceedings against a former customer. The dangers of a David v Goliath narrative simmer under the surface, especially if the facts are not clearly in the reviewed business's favour. Unfortunately for Summerfield Browne, it appears they may have won the battle but lost the war, with some subsequent reviews on Trustpilot criticising the firm for litigating against a customer.

A careful balance therefore needs to be drawn between the damage being caused by the review, the options for quick resolution and the potential downsides of a lengthy dispute with a customer.

The Defendant, Mr Waymouth, engaged Summerfield Browne to provide advice concerning a Court order, for a fixed fee of £200.

For reasons still unclear to the Court at the date of the hearing, Mr Waymouth was dissatisfied with the advice that he had received, prompting him to leave unsubstantiated defamatory claims about the law firm on Trustpilot – a leading consumer review website based in Denmark but with a UK subsidiary. Mr Waymouth alleged that his experience of the firm had been "a total waste of money another scam solicitor" adding that "Once they have their money they are totally apathetic towards you".

According to the evidence of Summerfield Browne, following the Defendant’s review, the number of weekly enquiries fell from 50-60 to 30-40 for a period of five weeks. The negative review had, the law firm asserted, led directly to a drop in enquiries and in turn to the number of enquiries which are normally converted into instructions for paid work.

Summerfield Browne commenced proceedings for libel against the former client, seeking general damages of £25,000 and special damages of £300 per day to cover the drop-off in work. The firm also sought injunctive relief against Mr Waymouth and an order requiring Trustpilot to remove the defamatory review from its website. In his defence, Mr Waymouth pleaded the defences of honest opinion, public interest and truth. He also disputed the claim that Summerfield Browne had suffered serious harm to its reputation (in the form of serious financial loss pursuant to section 1(2) of the Defamation Act 2013).

However, despite filing a defence Mr Waymouth did not attend the hearing (taking the deliberate decision not to do so) and instead proceeded to repeat the allegations in correspondence with the Court before the hearing (indeed it appears he has ill-advisedly posted a further review on Trustpilot following the Court's judgment). The Court struck out the honest opinion defence, on the grounds that "an allegation of dishonesty, fraud or attempted fraud will usually fall fairly and squarely on the side of fact rather than opinion". The defences of public interest and truth were held to have no real prospect of success, and summary judgment was therefore granted. On public interest, following the decision in Economou v de Freitas [2018] EWCA Civ 2591, Mr Waymouth had made no adequate enquiries or checks in respect of his allegations. Instead he had sought money as a price for removing the review and made no attempt to engage in the law firm's dispute resolution process. Mr Waymouth's conduct undermined any suggestion that he reasonably believed publication of the review was in the public interest. Finally, turning to the defence of truth, the Court held that there was a "complete absence of any credible material" to support the allegations.

The Court awarded general damages of £25,000, which were held to reflect the seriousness of the libel, but the claim in special damages (i.e. specific financial losses attributable to the review) was not made out. Summerfield Browne were granted an injunction requiring that Mr Waymouth remove the review and also restraining him from republishing his allegations. The Court also made an order under section 13(1)(a) Defamation Act 2013, requiring Trustpilot (as the relevant website operator) to remove the review.

Taking action against the platform or the individual user?

Interestingly, Trustpilot, while acknowledging the Order requiring them to remove the review, state they are "exploring our options to challenge the decision". Those options are likely to be fairly limited given the decision of the Court and the lack of any evidence provided by Mr Waymouth. But Trustpilot has been very public in its criticisms of Summerfield Browne, stating that the vast majority of businesses engage with their consumers or use reporting tools to raise concerns about content. Of course, those tools are only as good as the platform that is asked to use them, and Trustpilot's claim that this case was a matter of "freedom of speech" does not tally especially closely with the lack of evidence provided by Mr Waymouth in the proceedings. Nevertheless, the starting point has to be that litigation against a customer in respect of a single review is a last resort, when all other channels, including direct engagement or raising the matter with the review platform, have failed. There will of course be some cases where an issue does need to be raised with individual user(s) where for instance the reviews form part of a coordinated campaign or amount to harassment of individual employees. But this is not to be taken lightly and the balance between cost (of every kind) and benefit must be weighed up carefully.

With special thanks to Paloma Livesey, a Paralegal in our Dispute Resolution team, for co-authoring this article.

If you require further information about anything covered in this briefing, please contact Tom Rudkin,  or your usual contact at the firm on +44 (0)20 3375 7000.