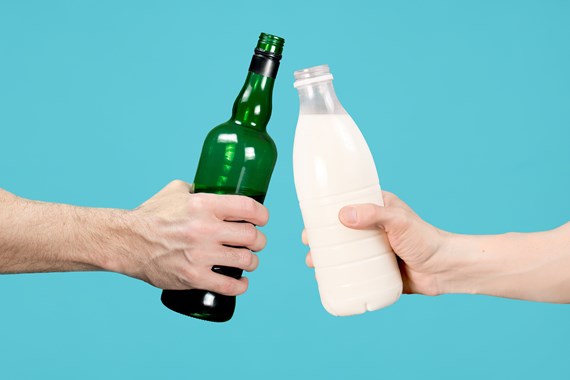 Oat milk and bourbon are two unlikely bedfellows but on the same day in August they were the subject of two separate court decisions on the same area of law: the likelihood of confusion in trade mark infringement claims. One decision gave the feelgood factor to the claimant, whilst the other left the claimant feeling decidedly queasy.

The first was a High Court decision in respect of a claim brought by Oatly, the large Swedish manufacturer of oat milk, against Glebe Farm Foods (Glebe), a family owned English company which sells an oat milk drink under the brand, PUREOATY. The court found in Glebe’s favour.

The second case was a Court of Appeal decision which confirmed an earlier High Court ruling that trade marks held by marketers of a Kentucky bourbon whiskey for the words EAGLE RARE were infringed by the launch of a Tennessee bourbon whiskey under the sign AMERICAN EAGLE.

The products in question

Before going on to consider each decision in more detail, it is worth taking a look at some of the products and trademarks which were the subject of the dispute.

Below is an image of the PUREOATY product, alongside two of Oatly’s image trade marks. In that case the court concluded that there was no likelihood of confusion. 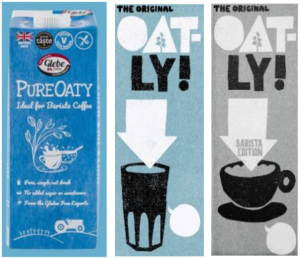 Now look at two products which were the subject of the bourbon whiskey case in which the Court of Appeal held that there was infringement based on the likelihood of confusion: 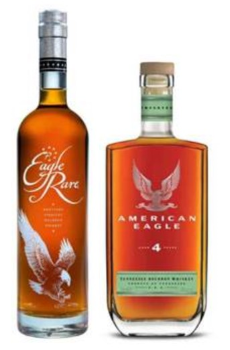 Looking at these cases together and understanding why the court found likelihood of confusion in the second but not in the first is a helpful way of getting to grips with the way the law in this area has developed.

Oatly’s case was that there was a likelihood of confusion between the PUREOATY name and five of Oatly’s registered trade marks including OATLY word marks and the two image marks shown above. Oatly also argued that by using the PUREOATY brand, Glebe was seeking to take unfair advantage of the reputations of Oatly’s marks.

Similarity and likelihood of confusion

A key issue before the court in the Oatly case was whether Glebe had acted in breach of Section 10(2) of the Trade Marks Act by using a sign that was similar to one or more of the Oatly registered marks on the same type of product and whether that gave rise to a likelihood of confusion.

The starting point for the court was to consider whether in the eyes of the average consumer the sign and the marks were similar. The bulk of this section of the judgment considered the similarity of the PUREOATY sign to the two OATLY word marks.

On the issue of likelihood of confusion, Oatly argued that some members of the public would be confused into believing that PUREOATY is a version of an Oatly product or that if asked to buy some Oatly, on arriving at the shops, would assume that the PUREOATY product was what they had been asked to buy. In response, Glebe argued that the sole similarity between the sign and the marks lay in the presence of the letters “OAT” which the average consumer would see as being descriptive and of no significance in relation to the trade origin of the goods in question. The judge agreed with Glebe on this point. He found that the distinctive elements of the PUREOATY sign (for example, the PURE prefix) and the distinctive element of the OATLY mark (the “LY” suffix) were very different and that the only common component of the marks and the sign is the word “OAT” which was “entirely descriptive.”

In terms of how Glebe used the PUREOATY sign, the judge pointed out that the average consumer would see that sign used in the setting of the PUREOATY carton directly below the distinctive Glebe Farm logo. Considerations such as these appeared to preclude any likelihood of the PUREOATY product as being some sort of sub-brand of Oatly.

With the above in mind, the court concluded that there was not likelihood of confusion.

It is worth noting briefly that this judgment also considered Oatly’s allegation that the use of the PUREOATY name was an attempt by Glebe to take unfair advantage of the reputation of the OATLY marks in breach of section 10(3) of the Trade Marks Act. The court accepted that the use of the PUREOATY sign was likely to bring the Oatly marks to the mind of many average consumers on the basis that an average consumer would be well aware of Oatly’s importance in the market. However, the judge reiterated that the level of similarity between the sign and the marks was at best very modest and that the similarity was due only to the presence in both the sign and the marks of the letters “OAT” which were descriptive of the relevant products. That element had not acquired distinctiveness and Glebe could not be considered to have taken unfair advantage of the reputation of the Oatly marks by simply using elements of the Oatly marks which are descriptive.

As mentioned above, this decision was given by the Court of Appeal after a High Court decision from September 2020 which found in favour of the owners of EAGLE RARE.

As with the Oatly decision, the High Court in the bourbon case assessed the extent of visual and conceptual similarity between the AMERICAN EAGLE sign and the EAGLE RARE marks. The judge found that there was similarity in visual terms given that the substantive Eagle appears in both mark and sign as a strong component. Conceptually the judge concluded that the sign AMERICAN EAGLE conjured up an image of a bald eagle and an iconic symbol of the United States of America. He therefore concluded that it was distinct and not strongly similar to the EAGLE RARE mark in conceptual terms.

In the High Court the judge concluded that there was little likelihood that a significant proportion of the bourbon buying public would be confused into thinking that American Eagle is the same product as Eagle Rare. However, the judge then went on to state that there was a likelihood of a significant proportion of the bourbon markets in the United Kingdom and European Union being confused about whether the two brands were connected. The judge pointed to the fact that it was common for connected brands to have similar names and that the average consumer would be aware that distillers often make more than one brand (for example, Jack Daniels produce Gentleman Jack and Winter Jack, whilst The Famous Grouse produce The Snow Grouse and The Black Grouse). Given this trend, the judge found that it would be natural for a consumer to assume that Eagle Rare is a special version of American Eagle. The test for likelihood of indirect confusion was therefore met.

The Court of Appeal agreed unanimously with the decision of the High Court and expressly endorsed the finding that there was a likelihood of some consumers thinking that EAGLE RARE was a special version of AMERICAN EAGLE.

Interestingly, the Court of Appeal also confirmed its view that “consumers would not necessarily scrutinise the label to check whether or not there was a link. Trade mark law is all about consumers’ unwitting assumptions, not what they can find out if they think to check.”

In the context of likelihood of confusion, both these cases considered the issue of consumers mistakenly assuming that one product was a sub-brand of the other. In the Oatly case, the court found consumers would not conclude that PUREOATY was a sub-brand of OATLY. In contrast, in the bourbon case both the High Court and the Court of Appeal concluded that there was a risk that consumers would think that EAGLE RARE was a special version of AMERICAN EAGLE. The owners of the EAGLE RARE trade mark were no doubt assisted by the fact that it is well known amongst consumers of whisky that distilleries frequently produce special editions and variations of their brand.

However, where Oatly really came unstuck was on the issue of descriptiveness. The reality is that it is very difficult to protect brands which are primarily descriptive. A statement from Oatly’s PR Manager after the decision was handed down is telling: “For us, this case has always been about protecting our trademark and how the single letter Y creates too much of a similarity between Oaty and Oatly. If we were to let one company pass because they, like Glebe Farm, seem to be one of the good guys, that might leave the door open for the bad ones.” The implication here is that Oatly had hoped to win a test case which would enable it to go after other brands containing the term “OATY”, of which there are many. If that was their objective, this decision suggests that they have an uphill battle on their hands.

If you require further information about anything covered in this briefing, please contact William Charrington, or your usual contact at the firm on +44 (0)20 3375 7000.