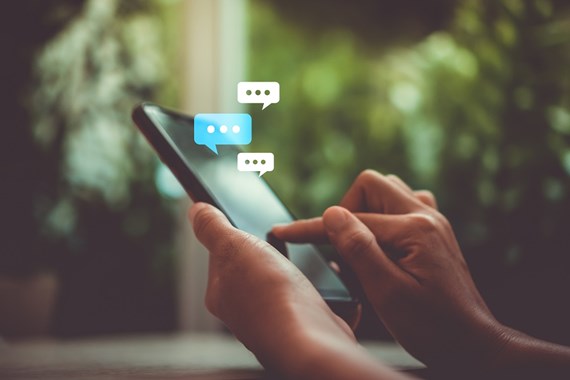 In a recent decision of the English High Court, XLD v KZL [2020] EWHC 1558 (QB) (the judgment can be read here), a US businessman (XLD, the Claimant) working in the financial services and entertainment sectors, successfully applied for an injunction to prevent the publication of sensitive private information to his family.

This case is a good illustration of where the English court is prepared to grant an urgent interim injunction to prevent the publication globally of sensitive private information and to protect an individual against harassment.

The Claimant is married and has a child. He occasionally makes trips to the UK. In May 2019, he accessed a dating website called "Seeking Arrangement", the purpose of which is to bring together a "Sugar Daddy" and "Sugar Baby". As these names suggest, the idea behind the website is for the wealthier person (which, it appears, is usually intended to be the man) to pay for the other person's expenses. The Claimant interacted with KZL, the Defendant, on the website and began exchanging sexually explicit messages with her via Whatsapp and emails. Shortly after this, the Defendant began to make persistent financial demands, which were reinforced by threats to tell the Claimant’s family in America about his activities. By the time of the High Court hearing, the Claimant had paid some £125,000 to the Defendant. After engaging a private investigator, the Claimant discovered that on 24 occasions IP addresses connected to the Defendant had previously been disabled because it was thought that blackmail demands had been made from them.

The Claimant commenced proceedings for misuse of private information and harassment against the Defendant. He sought an urgent interim injunction to prevent publication of various categories of information about himself. The application was made without notice to the Defendant.

The following are the key elements of the Court's decision:

The English court had the ability to control the Defendant’s threats to publish information to the Claimant’s family in America as the Defendant is domiciled in England.

Merits of the application

Turning to the substance of the application, the starting point, under section 12 of the Human Rights Act 1998, in any application where the right to freedom of expression might be affected,  the Court will not restrain publication before trial unless the applicant is likely to establish at a full trial that the publication should not be allowed. Case law has determined that the question is whether the applicant is "more likely than not" to establish that they will be entitled to a permanent injunction. The Court in XLD had little difficulty in finding that this requirement was met.

On the misuse of private information claim (which derives from the right to respect private and family life in Article 8 of the European Convention on Human Rights), the court held that the relevant two-stage test was likely to be satisfied. On the first stage of this test, the Court found that it was likely that the Claimant had a reasonable expectation of privacy in: (a) the information relating to his visits to the dating website and use of its services; (b) the content of his exchanges with the Defendant (including their sexually explicit nature); and (c) the fact that he was a victim of blackmail and information relating to that. Having passed that threshold, on the second stage of the test, the Court found that there were no countervailing rights (such as the Defendant's right to freedom of expression or any wider public interest) that were likely to override the Claimant’s right to privacy.

The Court also decided that the harassment claim was also likely to succeed at a full trial. Harassment requires a persistent, oppressive and unreasonable course of conduct against another person, where the perpetrator knows, or ought to know, that their conduct amounts to harassment. The Defendant's repeated financial demands, accompanied by threats of disclosure to his family, were unsurprisingly found to constitute the necessary elements of harassment. The evidence of blackmail (a criminal offence) was further evidence of harassment.

Anonymity, hearing in private and application without notice

Both parties' names have been anonymised by the court. As is common in cases of blackmail, this is for the obvious reason that disclosing a claimant’s identity would defeat the purpose of the injunction application. The Defendant was anonymised on the basis that the application was without notice (ie the Defendant was not given forewarning) and the Court was therefore only hearing one side of the argument.

While "open justice" is a core principle of the judicial process in England and Wales, the Claimant also successfully argued that the hearing should be heard in private (ie with no access to members of the public, such as journalists). The arguments relied upon by the Claimant were that publicity would defeat the object of the hearing, the hearing involved confidential information and publicity would damage that confidentiality, and a private hearing was necessary in the interests of justice. Given the actions of the Defendant, the Court's decision to grant the Claimant’s wish for the hearing to be in private is again unsurprising, although as with most cases like this the Court felt able to issue a public judgment, suitably anonymised.

As referred to above, the Defendant was not given notice of the application. In cases where the right to freedom of expression might be engaged (for instance where there is an application to restrain publication), an injunction will not be granted without notice unless there are compelling reasons for proceeding on that basis. In this case, the Court found there were such compelling reasons, because there was a risk that the Defendant would disclose the Claimant's private information to his family if she was notified before the injunction was in place. The fact the private investigator had discovered previous evidence of the Defendant engaging in blackmail was particularly relevant here.

Although some might disapprove of the Claimant's actions which placed him in this position in the first place, the English courts take a dim view of third parties that seek to publicise an individual's sexual activities. The added element of blackmail will always provide further substantial weight to an interim injunction application like this. However, none of this should be taken for granted. There is a cautionary tale from the 2015 case of the Manchester United footballer, Marcos Rojo, who initially obtained a similar injunction on the grounds that he was being blackmailed by a fitness instructor with whom he exchanged explicit messages. The injunction was discharged (and the matter came to full public attention in consequence) after it came to light that Rojo had failed to disclose a text message which suggested that he had in fact made the first offer of payment (blowing apart the allegation of blackmail).

In addition, it should not be assumed that similar injunctions will be granted when the underlying claims are for defamation. Interim injunctions to prevent publication in defamation cases are extremely rare following a case dating back to 1891 (Bonnard v Perryman). The rationale for this is the importance accorded to freedom of expression, coupled with the fact that a Court cannot usually assess whether the information is true or not at an interim hearing stage and the theory that damages are a sufficient remedy for false allegations. This contrasts with private/confidential information where the sensitivity of the information means that damages are unlikely to remedy the loss of privacy/confidentiality.

A notable exception to the rule in Bonnard v Perryman came in a case in which Farrer & Co was involved (ZAM v CFW & TFW), in which the Defendants took no steps to substantiate the highly defamatory allegations made about the Claimant. However, in general, clients who are seeking to rely on the Court's intervention to prevent the publication of false information will need to demonstrate that it engages their privacy rights or is confidential (for instance trade secrets or sensitive commercial information), or that the defendant's conduct amounts to harassment.

If you require further information about anything covered in this briefing, please contact Thomas Rudkin, or your usual contact at the firm on +44 (0)20 3375 7000.