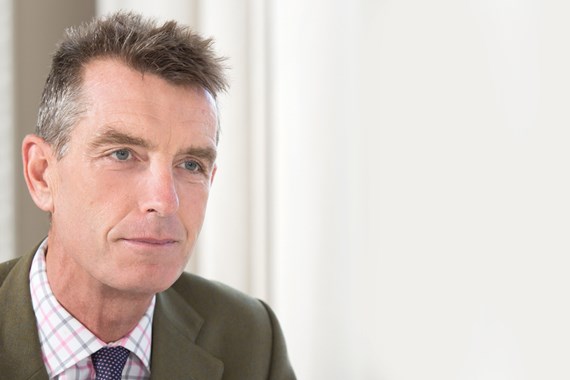 David is consistently rated one of the top employment and safeguarding lawyers in the UK. Whether advising on senior executive moves within PLCs or private equity, or the handling of serious or high-profile safeguarding cases, either past or present, David is acknowledged for the clarity and astuteness of his advice – always looking several steps ahead in an attempt to futureproof whatever action is contemplated now.

In employment law David has consistently been rated amongst the top-rated UK employment lawyers by Chambers and Legal 500. He advises institutional employers on the discrete handling of potentially high-profile employment cases. He is also acknowledged to be one of the leading employment law advisers to senior executives, typically advising on PLC board and private equity moves and departures.

Outside of employment law, David advises leading independent schools and focuses on issues relating to staff, pupils and parents – from sensitive dismissals to pupil exclusions and parental complaints. David is also probably the most experienced safeguarding lawyer in the country. He founded the firm's Child Protection Unit (now known as the Safeguarding Unit) in 2015 which advises organisations either working or coming into contact with children. These include schools, universities, charities, churches, visitor attractions, sports clubs and the medical sector. David advises on the full range of safeguarding issues, from creating safer systems to handling live cases and carrying out retrospective reviews. He is particularly well known for his role in advising on the Southbank International Vahey case where he led the Farrer team in conducting the Independent Review of Hugh Davies QC.

David qualified as a solicitor in 1989.

David has advised many household name senior executives over his career at critical points in their careers, and often remains a trusted adviser to those individuals thereafter.

David headed our Schools Group for many years and remains one of the top-ranked schools lawyers in the UK. He is a governor of two leading independent schools and is a firm supporter of the sector.

David advises churches and religious organisations on safeguarding, past and present, and was appointed principal partner to the Archdiocese of Birmingham in IICSA.