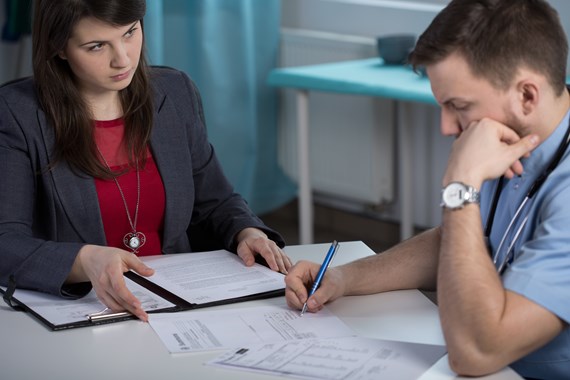 HR practitioners will no doubt be familiar with the statutory right to be accompanied by a colleague or trade union representative at a disciplinary hearing. Found in section 10 of the Employment Relations Act 1999, the provisions go on to state that an employer must postpone the disciplinary hearing if the employee’s companion is not available at the time originally proposed, provided the alternative time suggested by the worker is:

b) within five working days of the original hearing time.

What happens, however, if the alternative time suggested is not within five working days? Can an employer just press ahead with the original hearing time regardless?

In short, and perhaps not surprisingly, no, as just confirmed by the Employment Appeal Tribunal (EAT) in Talon Engineering Limited v Smith.

Mrs Smith, an employee with 21 years’ service and an unblemished record, was alleged to have sent unprofessional emails to a work contact. Following an investigation, she was invited to a disciplinary hearing on 5 September 2016. This was postponed until 29 September, because Mrs Smith was unwell and then on annual leave. Mrs Smith informed Talon that her union representative was unavailable on 29 September and suggested alternative dates just under two weeks later.

Talon refused to postpone the hearing, asserting that it was entitled to reject the postponement request because it was not within five working days of the date set. Since Mrs Smith was not prepared to attend the hearing without her union representative, Talon proceeded with the hearing in her absence on 29 September and decided to summarily dismiss her.

The employment tribunal (ET), in a decision upheld by the EAT, found that the failure to postpone the disciplinary hearing to enable the union representative to accompany Mrs Smith made the dismissal procedurally unfair. Talon was too impatient and hasty in its refusal, especially taking into account the short nature of the delay, Mrs Smith’s length of service and her previous unblemished record.

So where does this leave employers, faced with potentially long-drawn out disciplinary procedures to handle?  Here are some useful points to take away from the decision:

There are clear risks in pressing ahead with a disciplinary hearing in the absence of an employee (whether because of the unavailability of a companion or for some other reason), as this case demonstrates. This is particularly the case if the outcome might have been different had the employee been present. Best practice is always to give an employee a further chance to attend the hearing.

As the ET acknowledged, however, and as set out in the Acas Code, an employer may be able to “make a decision on the evidence available” (para 25) where an employee is persistently unable or unwilling to attend a disciplinary meeting without good cause. However, this must be done with caution, taking account of the considerations set out in the non-statutory Acas guide, such as the seriousness of the disciplinary matter under consideration, past cases, the employee’s record and any relevant medical factors.

Finally, although this case did not touch on the identity of the companion, in case you missed it, here is our blog piece on the extent of an employee’s right to choose their companion.