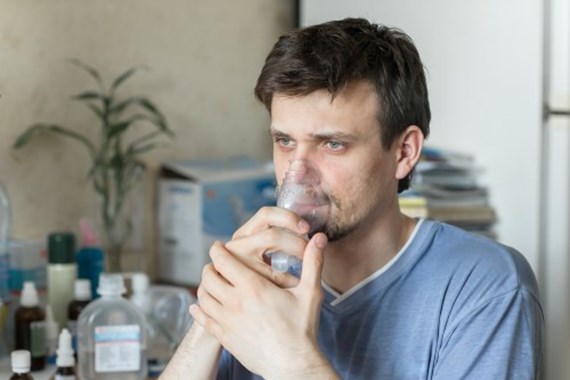 No doubt some of the headlines will be attention-grabbing. A Head of English who was dismissed having shown the horror film “Halloween” (certificate 18) to a class of 15 years olds and who claimed that he did so because of stress has won his disability case in the Court of Appeal, apparently resulting in a large six-figure pay-out.

When you delve a little deeper into the case, it becomes clear that such headlines may be a little misleading, and the headline legal point is that the employer was liable for discrimination arising from its dismissal of the teacher for misconduct even though the employer was not aware of the link between the misconduct and the disability.

The teacher had cystic fibrosis, a serious condition that amounted to a disability. The school knew about that, although unfortunately when a new Head arrived the fact of the teacher’s disability was overlooked. The teacher had to manage his condition very carefully, and that self-management imposed a number of heavy demands on him, including a very lengthy daily exercise regime (up to three hours a day) to clear his lungs. The workload for the teacher and his department increased significantly. He wrote to the school putting them on notice of his concerns about workloads and the need to reduce those so that he could manage his health issues adequately, but an occupational health appointment was not made for him for another couple of months and no regular reduction in workload was offered. His health deteriorated further: the teacher’s lung function dropped to an all-time low and he was faced with the possibility of needing a double-lung transplant. Just before he was signed off with stress, which was impacting on his lung function such that he was no longer able to work, it transpired that he had shown the film “Halloween” to a small class of 15/16 year olds, as a vehicle for discussion about the construction of narrative. He did not inform the school of this or get parental consent. On discovery of the showing of the film, the school investigated. The teacher acknowledged that the film had been inappropriate and regrettable, but argued that his judgement had been affected by stress, contributed to by his cystic fibrosis. That was not accepted by the school or the internal appeal panel and he was dismissed for gross misconduct.

The teacher claimed unfair dismissal and disability discrimination. He was unsuccessful in his unfair dismissal claim – the Tribunal felt that his dismissal for gross misconduct had been within the range of reasonable responses – but he won his disability claim. Employees are protected under disability legislation if (amongst other protections) they are subjected to unfavourable treatment (such as a dismissal) because of something arising in consequence of their disability, and that treatment is not a proportionate means of achieving a legitimate aim. The Tribunal concluded that he had showed the film when suffering from an impaired mental state due to stress at such high levels that errors of judgement might be expected, that his mental state was in large part due to his disability, and as such he had been subjected to unfavourable treatment for something arising from his disability.

There were appeals to the Employment Appeal Tribunal and then to the Court of Appeal, by which time the ruling of the Tribunal that the dismissal had been fair had been accepted by the teacher and the issue for determination was whether to uphold his disability discrimination claim.

So the practical point for employers – and this was pointed out by one of the Court of Appeal judges – is that if an employer does know that an employee is disabled (as was the case here), it would be wise to look into the matter very carefully before taking unfavourable action (whether that is dismissal, as in this case, or disciplinary action, or some other unfavourable action).

Unfavourable treatment for something arising in consequence of disability can be justified. In this case, it was accepted that the school had a legitimate aim when it dismissed the teacher – in fact, more than one: the protecting and safeguarding of children and the maintaining of disciplinary standards – but that the means of achieving that aim (the dismissal) was not proportionate. This was because those aims could have been achieved by means that would have had less impact on the teacher (such as a warning).

Interestingly, whilst the disability claim succeeded, the unfair dismissal claim did not. You might expect that if a dismissal is discriminatory, it would also be unfair, but not in this case. That was because it was held that the test in relation to unfair dismissal – whether the dismissal was within the range of reasonable responses – allows for a significant latitude of judgement by the employer. By contrast, the test for unfavourable treatment fo something arising in consequence of disability is an objective one which is made by the Tribunal or court.