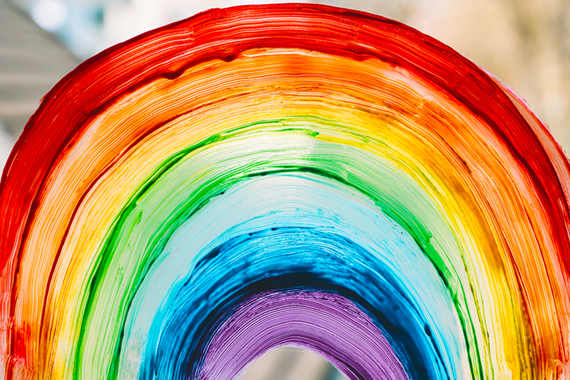 In May of this year, I returned to the Farrer & Co employment team following a period of maternity leave. My son was born at the end of March 2020 – a strange time for everyone to say the least, and so my experiences of becoming a mum were not at all what I had expected. This theme continued as I returned to work this year, to a completely changed workplace. While my team had months of experience of remote working under their belts, it was all new to me. I was lucky to be welcomed back with support and kindness, which eased the transition no end.

In my experience, the “new normal” can bring some benefits for parents. Many people’s attitudes to flexible working have changed, and (having experienced the toils of home-schooling first-hand) employers are often more sympathetic to the need for some flexibility when children are ill or nurseries / schools are closed. I have hope that this could be a future benefit for working parents as more flexibility may give rise to greater load-sharing between parents and provides an ability to move away from traditional gender roles in parenting, where desired.

Yet recently we were reminded that, for many, the reality is not as we would hope, and those traditional gender roles still impact many aspects of modern life. In Dobson v North Cumbria Integrated Care NHS Foundation Trust, the Employment Appeal Tribunal (EAT) recognised that women are still less likely than men to be able to accommodate variable working patterns due to childcare responsibilities. It found that this applied not only in this case, but that the so-called “Childcare Disparity” is so well established that it does not need be argued in individual cases; it is a contextual fact that the courts ought to take judicial notice of.

The Claimant (a community nurse and mother of three children, two of whom are disabled) had a working pattern in place whereby she worked the same two days each week. This enabled her to share childcare responsibilities with her mother-in-law, who aligned her own working pattern to the Claimant’s.

The Trust had proposed that all its community nurses should move to a flexible working pattern, which would include working some weekends. The Claimant was unable to accommodate this change due to her childcare responsibilities and was, ultimately, dismissed.

The Claimant brought claims of unfair dismissal, victimisation and indirect discrimination on the basis of sex; however, these were rejected by the tribunal.

In relation to the indirect discrimination claim the tribunal acknowledged that most of the elements under S19 of the Equality Act 2010 were made out. They recognised that there was a PCP (provision, criterion or practice) applied, namely being required to work flexibly, including at weekends, and that this was applied to all members of the team. However, they claimed there was no evidence that this put women at a disadvantage. They held that the other women in the Claimant’s team were able to comply with this requirement, so the disadvantage was personal to her, rather than based on her sex and her claim failed on the basis there was no group disadvantage. Similarly, the tribunal noted that the Trust had a legitimate aim when imposing this PCP (providing a safe and efficient service) and the claim was dismissed.

None of her other claims were successful and the Claimant appealed to the EAT.

The Claimant also argued that the tribunal should have taken judicial notice of the fact that women bear the greater burden of childcare responsibilities and that this can impact on their ability to work flexibly. This was referred to as the “Childcare Disparity”.

The EAT noted that the tribunal was not expressly asked to consider the Childcare Disparity in the first instance. However, it held that “The childcare disparity is so well known in the context of indirect discrimination claims and so often the subject of judicial notice in other cases that it was incumbent on the Tribunal, in the circumstances, to take notice of it here”. The EAT recognised that this principle is not set in stone as societal norms and expectations will change over time; men do now bear more responsibility in this area than they did previously, but the EAT held that the current position is far from equal, so the disparity remains.

For these reasons, the appeal relating to the indirect discrimination case was upheld and is to be reheard. The Claimant’s appeal against the outcome of her unfair dismissal claim was also upheld on the basis that the tribunal had erred in relation to the indirect discrimination matter and a different outcome on that claim may lead to a different conclusion of the unfair dismissal case. This is to be considered on remittal.

This is a reminder to the courts and tribunals at all levels that judicial notice should be given to established and long-standing principles, without specific request or further inquiry.

For employers, this case does not mean that imposing flexible working schedules will inevitably disadvantage women (the EAT rejected this argument since some such arrangements will be favourable to those with childcare responsibilities). However, when seeking to introduce or amend working patterns, employers are advised to consider whether they might create a disadvantage as a result of the childcare disparity and where possible take steps to mitigate and/or justify this when it arises. This is likely to be of particular relevance for employers contemplating the introduction of new working arrangements as offices start to re-open post-Covid.

More broadly, this is an example of how inequality in one arena can impact upon another and highlights that we have a long way to go before we can claim to have gender-based equality in our society. But, hopefully, we are slowly toddling closer – baby steps!

If you require further information about anything covered in this blog, please contact Emily Part, or your usual contact at the firm on +44 (0)20 3375 7000.