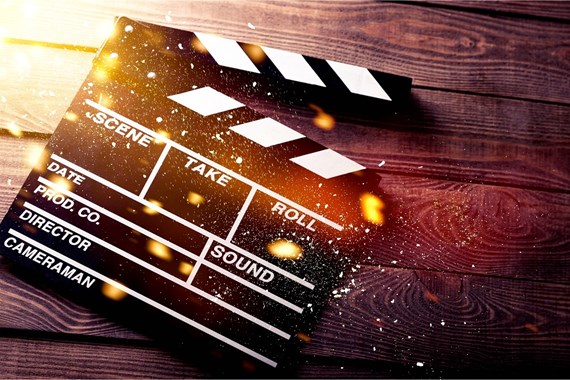 You cannot have missed the news. But I will repeat it anyway: Johnny Depp has lost his highly publicised defamation claim against The Sun newspaper and has “been asked to resign” from the film franchise at the centre of the very article he sued on. Sadly, 2020’s biggest Hollywood drama is not going to help an increasingly wrought industry, nor reopen the cinema doors, but it certainly grasped the attention of many.

Johnny Depp’s decision to sue News Group Newspapers (NGN), the publisher of The Sun, and its executive editor Dan Wootton for defamation, made scandalous and attention-grabbing headlines around the world. It was billed by the Defendant tabloid as the “biggest libel trial of the 21st Century”. That may be a warranted designation as a result of the profile of the parties and witnesses involved. However, while the general public’s appetite for a salacious Hollywood drama that unfolds in London’s Royal Courts of Justice is unrelenting (remember the #Deppheads?), the legal issues that were at play in Depp -v- News Group Newspapers [2020] EWHC 2011 (QB) were, in fact, rather unremarkable.

Nicol, J handed down his judgment on 2 November 2020. He held that “although [Depp] has proved the necessary elements of his cause of action in libel, [NGN and Wootton] have shown that what they published … was substantially true”.

While English media lawyers will be excitedly digesting Nicol J’s judgment and rubbing their hands together at further judicial clarity of certain elements of the Defamation Act 2013, this article is not intended to be a forensic dissection and analysis of the legal issues that faced the court.

Instead, I will explore what this judgment means in practice for those who find themselves in the public eye (in particular, A-List talent) and those that advise them. I will reflect on some lessons, risks and rewards associated with bringing a libel action – and what can happen when things go very wrong.

Considering that the trial took place during the summer of a year when most of the global population was in lockdown, the background of the case is perhaps better known as people sought respite from Coronavirus-themed news.

Depp sued NGN and Wootton in relation to an article published in 2018 by The Sun that was originally titled “Gone Potty: How can JK Rowling be ‘genuinely happy’ casting wife beater Johnny Depp in the new Fantastic Beasts film?” (Article). Depp argued that the meaning of the Article was that he “was guilty, on overwhelming evidence, of serious domestic violence against his then wife, causing significant injury and leading to her fearing for her life, for which [Depp] was constrained to pay no less than £5 million to compensate her, and which resulted in him being subjected to a continuing restraining order; and for that reason is not fit to work in the film industry”.

Depp submitted that the allegations (bearing the above meaning) were false, defamatory and that they caused serious harm to his reputation. The newspaper, in justifying its publication of the Article, relied on the defence of “truth”, which provides a complete defence if the Defendant can prove that “the imputation conveyed by the statement complained of is substantially true” (section 2 of the Defamation Act 2013). In contrast to defamation proceedings in America (where the burden of proof rests with the Claimant/Plaintiff to disprove the allegation), the impetus here was on NGN and Wootton to prove that what they had published was, on the balance of probabilities, “substantially true”.

In a parallel universe, the 16 day trial that followed, which included the cross-examination of – and written evidence submitted by - household names as well as public revelations of incredibly private (and no doubt, at times, embarrassing) facts, could have formed the basis of a much sought after film script.

I will not pore over the specifics here in detail (but please keep reading!). Depp was examined in the witness box for five days and faced intense questioning on his finances (which have, separately, had their own time in the tabloid spotlight), celebrity lifestyle, use of drink and drugs, his friendships with other well-known faces as well as, of course, allegations of severe and horrifying violence.

NGN and Wootton pleaded 14 separate “incidents” (as well as others which remained confidential) when Depp had assaulted his former wife, Amber Heard, in support of their defence of truth. The Court scrutinised a plethora of evidence, which shone a light on a fractious and deeply troubled relationship at the centre of which was a profoundly flawed and erratic individual who was clearly battling alcoholism and substance abuse.

In essence, it fell to Nicol J to determine (a) the legal meaning of the defamatory allegations complained of; and (b) whether NGN could prove the substantial truth of the allegations.

Nicol J apportions the vast majority of his 129-page judgment to analysing, in significant detail, the evidence presented to him in relation to each of the 14 incidents of violence and reaching a conclusion on the veracity of each of them.

The court found that, “in view of the evidence as a whole”, 12 of the 14 incidents of alleged assault against Heard were more likely to have in fact happened than not. Nicol J concluded that he did “not regard the Defendants’ inability to make good [the two] allegations as of importance in determining whether they have established the substantial truth of the words that they published”.

The decision to litigate in any situation is, among many other things, a complex, stressful and expensive decision that should not be arrived at lightly. Arguably, litigating over your reputation is even more daunting: money is not the only thing at stake. There are immense risks associated in doing so. Of course, some of these may be outweighed by benefits in certain circumstances.

The impact on domestic violence

Domestic violence charities have welcomed the judgment for sending a message to victims that their voices will be heard and listened to – even if they do not, as Nicki Norman of Women’s Aid said, fit the image of the “perfect victim”. Nicol J’s judgment does not paint Heard as entirely innocent – evidence was given to Court of her substance abuse and she also faced allegations of assault against Depp. However, the judgment is at pains to make clear that nothing could “begin to excuse the use of [such] violence” as alleged. While it may not alter the perception of the media and public of Depp, it is worth reiterating that Depp has not been charged or convicted for the alleged violence (where the prosecution would face a higher standard of proof).

Domestic abuse victims may take some comfort from Nicol J’s decision, but it fails to recognise the inevitable distress Heard must have experienced in recalling her trauma in Court and facing verbal and online abuse and death threats from Depp’s fans throughout the case (and since the judgment was handed down).

There is no doubt that the actor took a significant risk in bringing the claim, choosing to hit the proverbial nuclear button in opting for a public trial. Even if Depp had won this claim, it would not be unreasonable to believe that his reputation would have still taken a significant knock.

Although this particular trial is now behind him, the ordeal is far from over. Depp’s lawyers have already stated that it would be “ridiculous” not to appeal the “perverse” judgment and Depp himself has confirmed he plans to appeal the “surreal” judgment, although the grounds on which he would seek to appeal are, as yet, unclear, as the primary reason for his findings was the accounts of the defendant’s witnesses  were more compelling and believable than those of Depp and his witnesses.

Depp is also suing Heard for $50 million in America for libel in relation to an article she wrote for the Washington Post. With the burden of proof in that trial resting with Depp to disprove the allegations, I would be hesitant to place a wager on a victory for Depp.

Despite Depp insisting that “[his] life and career will not be defined by this moment in time”, the immediate cost of this judgment has already been paid, with Depp having “been asked to resign by Warner Bros. from [his] role … in Fantastic Beasts”. How much more it will cost him in the future is yet to be seen. Hollywood has in recent times increasingly shown an intolerance towards those found to be guilty of criminal offences, or, as in this case, of wholly unacceptable violence towards another individual, especially where the victim is less able to defend themselves. What happens to Depp’s future career will be interesting to monitor as the ultimate price of failure in a London court room may well be ostracism by the big studios. One bad article in one newspaper on one day may seem in hindsight a good outcome by way of comparison.

Another blow was handed to Depp when, on 7 November 2020, Nicol J refused him permission to appeal the judgment to the Court of Appeal and ordered him to make an initial payment of nearly £630,000 towards NGN & Wootton’s costs. Another hefty bill is likely to follow after a detailed assessment of the costs. While Depp has until 7 December 2020 to apply directly to the Court of Appeal to overturn the judgment, Nicol J reportedly noted that “the findings of fact by a first instance tribunal – particularly one, such as [himself], who has heard oral evidence – are rarely open to challenge on appeal” and that he “does not consider that the proposed grounds of appeal have a reasonable prospect of success … and there is not some other compelling reason why permission to appeal should be granted”.