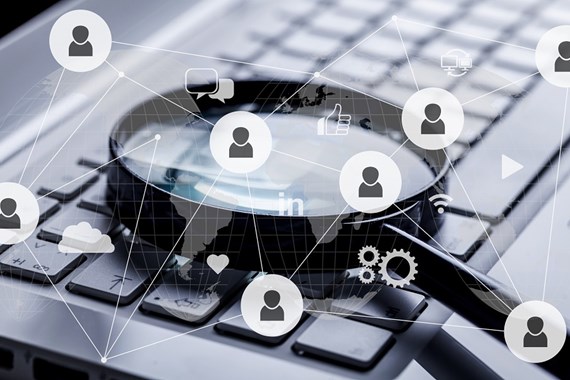 Hot on the heels of the "libel trial of the century" (which Johnny Depp spectacularly lost, and which we have written about here), London’s Royal Courts of Justice are gearing up for another high profile defamation trial, this time involving Rebekah Vardy, the wife of footballer Jamie Vardy, and Coleen Rooney, Wayne Rooney’s wife. The proceedings centre on an Instagram post by Rooney on her private account in which she accused Vardy (or, as Rooney contended, Vardy’s account) of leaking stories about her to the tabloid press.

A preliminary trial took place on 19 November 2020 when the court was tasked with establishing the meaning of Rooney’s post in advance of a full trial next year. This is, as Warby J says in his judgment, "now the norm in any libel action". With the additional hurdle for claimants in libel proceedings to show that the defamatory allegation complained of has caused or is likely to cause "serious harm" to their reputation, an early determination on what the allegation actually means is helpful. If the court finds that the allegation is not defamatory or likely indefensible, then it could in the longer run save a great deal of time, money and effort for all involved – as well as grief for the losing party.

As with the Depp trial, most are likely to be well aware of the background to this case. It certainly captured the public’s attention, with Rooney being branded "Wagatha Christie" for what many considered a flourishing display of her discerning detective skills.

Once upon a time good friends, the relationship took a sour turn when, on 9 October 2019, Rooney posted the following on her public Instagram account:

"For a few years now someone who I trusted to follow me on my personal Instagram account has been consistently informing The SUN newspaper of my private posts and stories.

There has been so much information given to them about me, my friends and my family – all without my permission or knowledge.

After a long time of trying to figure out who it could be, for various reasons, I had a suspicion.

To try and prove this, I came up with an idea. I blocked everyone from viewing my Instagram stories except ONE account. (Those on my private account must have been wondering why I haven't had stories on there for a while.)

Over the past five months I have posted a series of false stories to see if they made their way into the Sun newspaper. And you know what, they did! The story about gender selection in Mexico, the story about returning to TV and then the latest story about the basement flooding in my new house.

It's been tough keeping it to myself and not making any comment at all, especially when the stories have been leaked, however I had to. Now I know for certain which account / individual it's come from.

I have saved and screenshotted all the original stories which clearly show just one person has viewed them.

"This has been a burden in my life for a few years now and finally I have got to the bottom of it…".

It transpired that Rooney did not privately confront Vardy prior to the Post, nor give her prior warning that she was going to publish the Post on social media. Vardy took to Twitter to arduously deny the allegation, saying that:

Such a public display of warring wags inevitably prompted widespread media and public attention and speculation, dividing the public on whether Vardy was, in fact, responsible and whether Rooney took the right course of action.

Both parties previously made clear that they wanted the rift to come to an end. However, as is often the case in these matters where one party feels substantially wronged and the other believes they are in the right, it can be a challenging road to reach a resolution. Then, on 12 June 2020, Vardy issued libel proceedings against Rooney in respect of the Post and alleged that, as a result of it, she had been the victim of considerable abuse and had suffered significant distress.

Both parties agreed that the Post was defamatory of Vardy (in that it lowered Vardy in the estimation of right thinking members of society generally). However, there was disagreement on its meaning – we return to the significance of this below. A trial of meaning was therefore ordered at which Warby J made a decision on what the Post meant.

Given that Rooney conceded the Post was defamatory, the court’s determination of the meaning is therefore mainly relevant to what she will be required to prove in her defence at trial.

The meaning of the words can be significant for several reasons. It might be relevant to the question of whether they are defamatory (including whether they meet the “serious harm” test noted above) or a public interest defence. However, in this case, it seems that the meaning was pivotal to what Coleen Rooney will need to prove if she is to rely on a defence that the words she published are substantially true.

Broadly, there are three levels of defamatory allegations, referred to as "Chase Levels", deriving from a case of the same name. In the context of the present case, the court had to decide whether the Post meant that:

The more serious the defamatory meaning, the higher the burden of what the Defendant must prove at trial.

Vardy argued that the Post meant that she herself betrayed Rooney’s trust over several years by leaking private information to the tabloid press (ie Chase Level 1). In contrast, Rooney’s case was that the reference at the end of her Post to Vardy’s “account” meant that the allegation bore a less serious meaning - that there were only reasonable grounds to suspect that Vardy was personally responsible for the leaking of information (ie Chase Level 2).

Warby J emphasised that the court was tasked with “making a finding of fact … [and] the only evidence that is relevant and admissible is the [Post]”. The court applied a number of well-established key principles that are relevant to determining meaning. In summary:

Rooney argued that it would be a matter of common knowledge within the specific pool of readers of the Post that a media personality and celebrity such as Vardy would likely have third parties (such as her PR team or agents) who have access to her account. Accordingly, Rooney argued that, with that knowledge, the reasonable reader would have understood the Post to have exposed someone who had access to the account rather than specifically Vardy herself.

The judge acknowledged the point, and accepted, in general, that (a) social media accounts are also used for marketing purposes; (b) some platforms are used extensively by some individuals in the public eye; and (c) some public figures publish content that appears to be carefully managed and may delegate responsibility for the output.

However, the court stopped short of finding it to be common knowledge that all celebrities use social media in this way so as to justify the lower level meaning contended for by Rooney. In order for Rooney to have advanced the argument that particular facts may not be common knowledge among society as a whole, but are known to the specific group of people who read the Post, then specific evidence would need to be relied on.

Unsurprisingly in our view, Warby J came to a clear conclusion that the meaning of the Post was in the Chase Level 1 category. He held that the Post meant:

"Over a period of years Ms Vardy had regularly and frequently abused her status as a trusted follower of Ms Rooney’s personal Instagram account by secretly informing The Sun newspaper of Ms Rooney’s private posts and stories, thereby making public without Ms Rooney’s permission a great deal of information about Ms Rooney, her friends and family which she did not want made public".

This finding places a heftier burden on Rooney. Had the court found that the Post meant that there were only reasonable grounds to suspect that Vardy was responsible, then she would not have to prove on the balance of probabilities that it was Rebekah Vardy herself who leaked the information.

However, Rooney will now be required to prove at trial that it was more likely than not that it was Vardy herself (rather than another person who had access to Vardy’s account) who leaked private information from Rooney’s Instagram account to The Sun. This will inevitably be trickier for her to prove conclusively, although we are obviously not privy to the evidence in the case.

In reaching his conclusion, Warby J observed that, although the Post was published on social media (and therefore less likely to leave a lasting impression on readers), he found that the Post was a considered one and composed with some care. "It would be clear to the ordinary reader from the outset that it was meant seriously, and intended to convey a message of some importance. It tells a story. The story is one of careful investigation, and builds to a revelation … [It] takes the form of a ‘whodunnit’".

The fact that the Post concludes with the revelation that the culprit was Vardy’s "account" (rather than pointing the finger at Vardy directly) was inconsequential. The court held that, in this context, the reasonable reader would pay little attention to that word at the end of the Post. Warby J pointed to the fact that the Post referred to "someone" as being responsible and it asked "who could it be". He was unconvinced that the ordinary reasonable reader would take the reference to "account" to indicate that Rooney remained in doubt about which person was responsible.

It remains to be seen what evidence each side will present at trial, but the court’s decision on the Post’s meaning and, consequently, the higher burden of proof now facing Rooney may give her pause for thought on whether her decision to publish the Post was the right move.

In our recent article on the Johnny Depp trial, we explored what the benefits and risks are in defamation proceedings. In this case, both sides are likely to feel that they have suffered a wrong. Rooney, because she suffered an ongoing privacy violation; and Vardy, because she feels that she has been falsely accused.

However, regardless of the legal merits (or emotional baggage) of either side’s position, it begs the question of why Rooney thought it was a good idea to publish the Post on social media rather than deal with it privately. A question no doubt brought into sharper focus by the c. £23,000 in costs Rooney was ordered to pay.

If you require further information about anything covered in this briefing, please contact Tom Rudkin, Oliver Lock, or your usual contact at the firm on +44 (0)20 3375 7000.