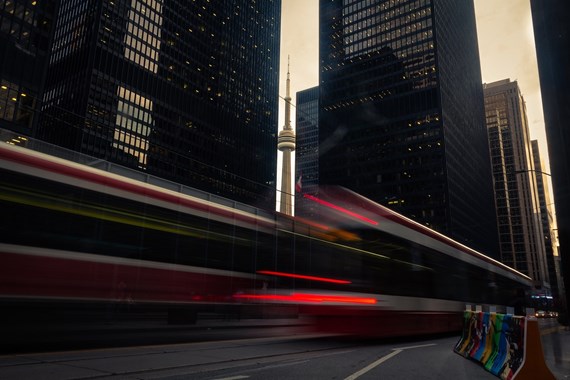 A recent English High Court decision offers an important reminder to anyone seeking to enforce their registered trade mark rights – beware apparently defunct third-party trade marks that could undermine your position. And from the opposite side, this case emphasises that anyone seeking to strengthen their position against competing brands in a market in which they do not already possess registered trade marks can gain a significant advantage by acquiring pre-existing trade marks from third parties.

This was a relatively complex judgment which raised a variety of issues. However, the key take away is as follows: if you are thinking about getting into a trade mark infringement fight, have a look to see whether there are any third-party registered marks that might undermine your position if they were to fall into the hands of your competitor. If so, you may want to try to snap those up before your competitor has the same idea.

The dispute arises from two businesses claiming to have the right to use the brand STEALTH.

Both the Claimant and the Defendants sell computer gaming accessories, in particular audio headsets, bearing the word STEALTH. The Claimant, ABP Technology, is the proprietor of two UK trade marks, being STEALTH and STEALTH VR, both of which are registered in relation to “audio headsets for playing video games”.

The First Defendant, Voyetra Turtle Beach, had back in 2018 sought to register STEALTH as a trade mark in respect of “headsets for use with computers; headphones”, but the Claimant had successfully opposed that application. The consequence was that, when in November 2020, the Claimant brought infringement proceedings against the Defendants in respect of their use of the STEALTH sign, the Defendants did not own any trade mark registrations consisting of or containing the word STEALTH.

This decision followed two interim applications: the Claimant’s for summary judgment and the Defendants’ for permission to amend their defence and bring a counterclaim.

The Claimant had applied for summary judgment of the Defendant’s defence relating to concurrent use. However, the court was not satisfied that the Defendants lacked a real prospect of successfully defending the claim on the basis of honest concurrent use. The matter will therefore proceed to a full trial (assuming there is no settlement in the meantime).

More interesting was the reasoning behind the court’s decision to grant the Defendants permission to amend their defence and advance some of their counterclaims.

Court proceedings had been commenced by the Claimant in November 2020. The Defendants served their defence on 2 February 2021. However, in June 2021 the First Defendant had quietly (or even stealthily) acquired from a third party a trade mark for the word STEALTH which had been registered in the 1990s for “Hi-fi apparatus, instruments and loudspeakers; parts and fittings for all the aforesaid goods”. This is how it was arranged – the third party acted on the instructions of the First Defendant in acquiring the trade mark in January 2021 from the original proprietor. That third party then licensed the trade mark to the Defendants for their use until such time as the earlier non-use by the original proprietor could not form the basis for a revocation action. At that point, in June 2021, the trade mark was assigned to the Defendants. All of this was designed to conceal from the Claimant what was going on, and the Defendants did not deny this.

The Claimant objected to this, raising various arguments about the timing of the Defendant’s application and the way in which it had surreptitiously gone about acquiring the earlier mark. However, the judge was unsympathetic to this, observing, “Mark-250 was on the register of trade marks and it was always possible for the claimant to search for the mark and seek itself to acquire it or apply for it to be revoked. The claimant says that even had it carried out a search and discovered mark-250, there would have been no reason for it to take any action, as it would have appeared that the mark was unused. But it was always possible that someone (including the defendants) would seek to acquire and use mark-250.”

However, the Judge did not allow the Defendants to advance a claim that the Claimant’s trade marks should be invalidated. To substantiate that claim the Defendants would have to show that mark-250 had been in use within the five years periods before the Claimant had obtained its respective trade marks. The Defendants did not seek to set out a case that the earlier proprietor of mark-250 had used it in those periods (no doubt because there was no such evidence). Rather boldly, the Defendants suggested instead that their own use of the STEALTH mark in those earlier periods could now be grafted onto the mark-250 as if they had owned that registered trade mark at the relevant time. The Judge simply couldn’t accept this fiction.

Conclusion: it pays to be a stealth fighter

This was only an interim decision. The question of whether the Defendants’ ownership of mark-250 will enable them to knock out the claim against them and succeed on their counterclaim remains to be seen at any full trial, assuming that the parties do not settle in the meantime. However, by permitting the amendments relating to mark-250, the judge has sent a message to anyone scrapping about brand infringement that they should pay close attention to whether there are any similar third party marks registered in relevant classes.

In short, whether you are a claimant or a defendant, you should check whether third party registered trade marks might be available which are similar to the ones in issue. As we have seen here, the Defendants case and bargaining position has been substantially improved by acquiring a trade mark that was registered prior to the trade marks which the Claimant is relying on. Equally, when considering whether to litigate, a claimant should explore whether there are potential third party registered trade marks out there which could torpedo its own claim. If there are, it might want to acquire them or apply to have them revoked for non-use before the defendant can get its hands on them. If possible, such considerations should be taken into account early on and ideally before the sending out of any letter of claim.

If you require further information about anything covered in this briefing, please contact Ian De Freitas, William Charrington or your usual contact at the firm on +44 (0)20 3375 7000.